Hey Guys! Leave me a comment, I love reading them! But don't do it just to promote your own blog ;) ! 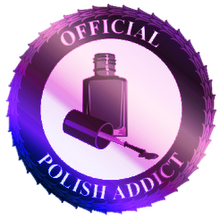